#5 – Off Limits = Joel Rosario for the Chad Brown barn and the race is filled with plenty of speed. This daughter of Mastercraftsman is a stone cold closer and with a salty pace expected he should benefit greatly. He is 2/3 ITM at Belmont and the barn is 13/26 the last 14 days. Look for a big run at the top of the lane. #2 – Sassy Little Lila = She has a blast of speed to be respected. A daughter of Artie Schiller and Julien Leparoux in the irons for Brad Cox. She faced the boys last out in the G1 4 Star Dave. – If she grabs the lead she could be a tough customer this day. #1 – Celestine = Irad Ortiz aboard for Clement and draws the rail with plenty of early foot. She is 3/4 ITM over the course and exits the G1 Just a Game. Plenty of tactical speed under a talented reinsman.

#4 – Diving Rod = Daniel Centeno returns to take over the call for Arnaud Delacour. They are 3rd start off the layoff (28%) and exit the G1 Forego. –  This son of Tapit should be up close to the pace and tactically look to strike. #5 – Sharp Azteca = Big speed fro the Jorge Navarro barn. This son of Freud won impressively last out at Monmouth and has the services of Paco Lopez who wins with (25%) of early style runners. #1 – Tom’s Ready = 2nd start off the layoff for the Dallas Stewart barn and draws the rail with Joel Rosario in the irons. This son of More Than Ready is a solid closing type and going from a sprint to a route the barn wins (18%). 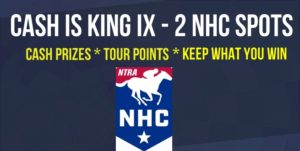 #9 – Abel Tasman = The Kentucky Oaks winner brings Bob Baffert and Mike Smith to post. The daughter of Quality Road is cutting back from 1 1/4 and is looking to make it 4-in-a-row. Her morning works are sparkling and the connections are always tough when the money is on the line. Look for a stoute closing effort and the “Money Man” to get rolling late in the lane. #10 – Salty = Tyler Gafflione for Mark Casse. She is 6/7 ITM lifetime and always comes calling late. Look for more of the same as this talented young rider can get to the winner’s circle with a little racing luck. – #5 – It Tiz Well = Drayden Van Dyke for Jerry Hollendorfer and this daughter of Arch is a solid pace player. She should be up close and stalking looking to move just at the right time.

#4 – West Coast = This son of Flatter is starting to show the signs of a real monster on the track. Bob Baffert and Smith team up looking for 5-in-a-row. After his impressive win in the G1 Travers, he has the full attention of handicappers. He cuts back from 1 1/4 and the trainer wins (35%) off a last race win. His race to lose. #8 – Irish War Cry = This son of Curlin should be forwardly placed under Fergal Lynch for Graham Motion. Ever since the Derby he is starting to look his old self but may be catching a tough guy in West Coast this day. He’ll bring his “A” game and that has to be considered before hitting the windows. #5 – Irap = Ever since winning the Ohio Derby he has gained respect. They are cutting back from 1 1/4 and the lesser distance may fit him well. Mario Gutierrez for Doug O’Neill and they are winning (20%) the past few months as a team. A perfect stalker who can be a major player at the top of the lane.