I feel the cool autumn winds stirring, as it won’t be long until Breeders’ Cup conversations take the place of heat and humidity. – As the last race at Saratoga turned for home, the words of Larry Collmus summed up the  summer race meet; ” The last 40 days reach the final two furlongs of the race meet.” – This was the official end of summer. We can look forward to Belmont, Keeneland, Santa Anita, and the Breeder’s’ Cup. What a ride it has surely been, and the best news begins as we start the countdown to next year. – But not to worry, BetPTC.com has some runners who are in need of a playback as they have an excuse, a troubled trip, or could offer up some solid value next time out.

#8 – Irst – First time starter for Todd Pletcher and Irad Ortiz in the irons. Bumped soundly and tangled up at the start and finished a solid second. He should love the long stretch at Belmont.

#3 – Bid List – Jose Ortiz had the call, and was pinched back and stumbled leaving the starting gate. This first time starter for the Asmussen barn should benefit greatly from this troubled effort. She finished up to be 5th, and that gives me plenty to look forward to next up.

#4 – J.S. Bach – Johnny V in the irons as his mount hit the side of the starting gate when leaving and smashed into others trying to get back on track. – His last race was at Belmont and Todd Pletcher will have all of the bugs worked out before going back to “Big Sandy.”

#7 – Off the Tracks – Jose Ortiz had the call and was in the two path all the way around and went four wide at the top of the lane to finish a promising 4th as the beaten favorite. 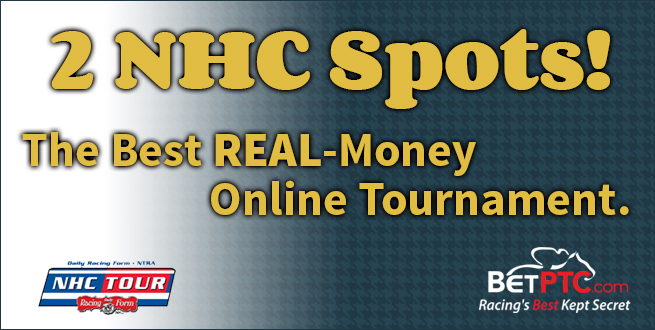 #1 – Frosty Gal – Manny Franco did pretty well this meet and he’s on the riders to use list for sure. – In this race his mount was green and fought the rider down the backstretch. She didn’t settle in and fought the bit at various times during the race. Overall, she put together a promising effort for players next out finishing a game 4th this day.

#5 – Woodville – Manny Franco in the irons and won this race easily as the heavy favorite. She;’ll move right up the ladder and deserves a playback off this impressive win.