Analysis: Traced had a little trouble in last but still ran well at this level and holds top form for the season. Ide Be Special has been knocking on the door in open conditioned company and will now try state breds. Afoolsbrokenheart was an impressive debut winner after a slow start but with good late kick. Trisket steps up in class but she has finished in the money in nine straight. Consistent, experienced mare could be the sleeper.

Analysis: Powers of the Court runs for the hot Broberg barn after being claimed and takes a drop. Flexnow keeps Wade in the saddle and will be one to reckon with late in the game. Cook’s Nook is a danger just because he showed up. This tough old man has won fifteen races and finished in the money more than fifty times. A Student is the other runner for Broberg, who showed some back class in New Orleans and Delaware. Keep your eye on this one. 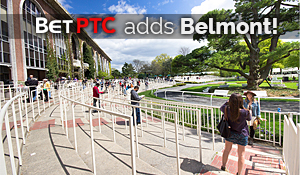