Analysis: Speyside makes seasonal debut for the sizzling McKnight barn, drops in class and gets Contreras-the only time this combo got together in 2015 it resulted in a win. Sammy Mauldin is a little camera shy but he is good about getting a paycheck. Endogeny plummets in class, has early speed and keeps Moreno in the irons. Wandoboyslew was claimed by Fairlie in last and that is always attention getting, and the trainer has his usual accomplice in the saddle. Plus, this one has some back class that must be considered. 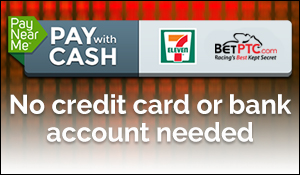 Analysis: Inclusa finally drops down to a level where she has won twice before and defeated the morning line favorite-Moran stays aboard. Extremist has a good turf record and comes in from Miami after a freshener and gets Contreras. Hidden Turn has a lot going for her including tactical speed but remember she is zero for a dozen on the lawn. Saveaplaceforme has been ambitiously placed but is bred to run two turns on the grass. Ramsammy stays on, plus the blinkers come off for what is her first turf appearance.