Analysis: Darn That Trip goes second time after claim and drops for the effective Farro barn with Pennington as navigator. Jennie Says So should be on the move late in the game and is capable of getting there in time in this field. Nasty Cat jumps in class but is very dangerous after a sharp win with her speed. Louisa Girl has some back class that could be a factor but more importantly she returns after a rest and after being claimed by Michael Pino. 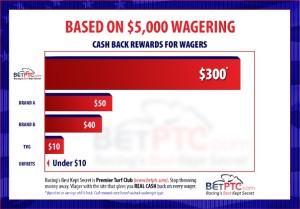 Analysis: Fortunes Flower drops after a very good effort and has tactical speed, plus gets weight off with the bug rider. Trust in Tebow shows some early zip and comes back after a rest for a new, effective barn. Four Star Princess doesn’t win much but she is on the ticket with such great frequency it would be a bad move to dismiss her. Ghazi’s Stone looks to be hopeless, but why is the Arlington Million rider in the irons and why is the horse coming back in only five days?