Please only enter if you are an existing BetPTC member and plan to wager this Sunday.

Create your own user feedback survey

11% Cash back on all Sunland Park exotic wagers

Instant cash back on every wager.  Get the details and join today at www.betptc.com

Check out 3 great track promos we have this month, exclusively at BetPTC.com!   Horseplayers and Harness fans don’t miss out.

It’s a good New Year for BetPTC.com customers.  Check out the sweeeet cash back offers this month for horse racing and harness fans!

If it’s not at “Racing’s Best Kept Secret” then you’re missing out on some great monthly rewards.  BetPTC, founded in 2007 by horseplayers, rewards its loyal members with instant cash back on some popular signals.  Check out what BetPTC has in story for December 2018, and if you’re new, join today with promo code “YOU100”

10% cash back on Turfway Park exactas, win or lose

15% cash back on Yonkers trifectas, win or lose

New to BetPTC? Join today with promo code “blog100” and start earning instant cash back on all your horse racing bets.

FREE past performances for the entire Arc de Triomphe card in France will be available for members on the handicapping page.

BetPTC.com is pleased to announce the addition of world-class Thoroughbred and Standardbred racing from France.  Effective September 1, 2018, the complete French horse racing menu is added to the comprehensive offering at Premier Turf Club.  Top tracks include Longchamp (home of the Arc de Triomphe) and Vincennes.

As with all of our international products, BetPTC members will be able to access FREE handicapping tools such as Past Performances under the ‘handicapping’ page.

Be sure to update your tracks under “My Preferences” to include the French signals on your wagering screens. 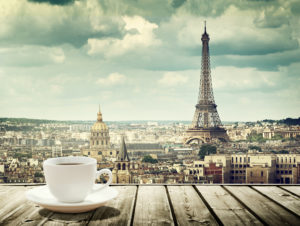 background with cup of coffee and Eiffel tower in Paris

Well, this is why you need to watch replays if you are going to expect to win money at the races.

by Justin Dew for BetPTC

It seems as if some combination of Hofburg, Bravazo, and Vino Rosso will assume the role of Belmont Stakes wagering choices two through four, with the Anointed One the clear favorite [Justify] at something around even money. Tenfold will attract his share of the wagering dollars too, and the rest are headed for big prices.

I liked Vino Rosso in the Kentucky Derby as a major exotics player. Same for Hofburg. In the Preakness, I dismissed Bravazo and Tenfold, and that decision cost me money. And while I try not to be stubborn in this game, the way the Belmont Stakes is shaping up, I am very likely to dismiss all four of them next Saturday in favor of a horse who, in my opinion, has run some of the most sneaky-impressive races on the Triple Crown Trail this year. I’m talking about Blended Citizen.

For starters, let’s go back to the end of Blended Citizen’s juvenile campaign. Trainer Doug O’Neill moved him to the grass and he responded with three really solid efforts, including a maiden win and a respectable fourth in the Eddie Logan at Santa Anita. As a three-year-old, the preferred surfaced seemed to be synthetic, as Blended Citizen ran 3rd and 1st in the El Camino Real Derby and Jeff Ruby “Steaks”, respectively. So he liked grass and synthetic, right? Big deal. Well, this is why you need to watch replays if you are going to expect to win money at the races. Go back at watch his first two starts this year. And what you will see is a horse that spent a lot of time time in traffic and then kept on running. I’m not saying he had troubled trips. I am saying he spent more time in and among horses than perhaps any other horse on the Derby Trail this year. And what’s more, he just runs and runs like a locomotive through the wire, never giving up. So, yes, those first two starts were on what may be his preferred surface. I’ll give you that. But for me, the takeaway is that the horse has heart and ability.

So then they tried the dirt again in the Blue Grass Stakes, and he ran really well again, finishing 5th. If you are looking at PPs that reference late trouble, ignore the comments. He had no trouble. But he DID, again, run in traffic and persevere late while others were stopping. So the ability to be in-between horses for 3/4 mile or more and have something left late is becoming a theme at this point. He doesn’t have anything resembling an explosive turn of foot. But he just keep grinding.

That brings us to the Peter Pan Stakes. I bet him that day, and with 1/4 mile to go, I was pretty sure I was a loser. But then Blended Citizen did what Blended Citizen does. He just kept cranking out :12 and change 1/8ths, and got up for the win as the fourth choice in the wagering. A cursory review of his PPs shows he loves to come home his final 1/8th usually well under :13, regardless of the early pace. And he did it again in the Peter Pan.

Now, as for Justify, he’s obviously really good. He’s has put away the horse who I thought was the best of the crop, Good Magic, twice with ease. And I don’t think anyone can predict with confidence that Justify will lose the Belmont Stakes. But I don’t think he’s the mortal lock that some people feel he is. And even if he DOES win, you can still make money. We saw that in the Preakness.

So the key for me is Blended Citizen. I’ll likely bet him to win and place, and then figure out a way to make money if Justify wins. Maybe by keying Justify and Blended Citizen 1-2 in the superfecta, over ALL/ALL. Not sure yet. But I am sure that Blended Citizen will be the key to a successful Belmont Day for me. And if you take the time to watch the replays of each of his starts this year, I think you’ll be hard pressed to dismiss him.

With the announcements Sunday morning that Good Magic and Lone Sailor are confirmed for the Preakness, we are getting a better look at the probable field and can start thinking about how we might want to attack the race as bettors. Justify will be the odds-on favorite, and deservedly so. Good Magic figures to be the solid second choice. I don’t believe Bolt d’Oro is confirmed just yet, but he’ll take some money if he runs, as will Arkansas Derby runner-up Quip. From there, we have Bravazo, Tenfold, Lone Sailor, Sporting Chance, and Diamond King on the list of Preakness hopefuls. So, let’s call it an expected field of up to 9-10 at the moment.

Bravazo will remind people of Oxbow, who won the Preakness in 2013 after an also-ran effort in the Derby for Calumet and Lukas. And if you want to bet on the big forward jump for Bravazo, be my guest. But I don’t see it. And I don’t see Sporting Chance getting it done either.

Tenfold was the hot horse going into the Arkansas Derby and ran ok, but just wasn’t up to the class of Magnum Moon, Quip, or even, dare I say it, Solomini. He’s probably got a number of nice wins in his future, but the Preakness seems just a touch out of reach for him.

Now, for Justify and Good Magic. They clearly asserted themselves as the top two of this crop. Both ran fantastic races in the Kentucky Derby. And they drew clear late. Good Magic was my Derby pick, and I almost lost my voice with a 1/4 mile to go. I swear I thought Jose had Justify beat. But then as we all saw, Mike Smith got another gear out of Justify and the race was over as Good Magic barely held 2nd.

I saw something in the video of Travis Stone calling the Derby from the booth that disappointed me as a Good Magic fan. As Justify was galloping out nicely after the wire, even after running those fast early fractions, Good Magic was completely stopping. He was spent. Nothing left. The race had taken everything he had to give. Now, word is he came out of the race very well, and I’m sure that’s true. And the Preakness is 100 yards shorter than the Derby. So if you’re a Good Magic fan, like me, there are things to hang your hat on. But if I’m being honest, I can see him running 5th easier than I can see him winning. And he’ll be a one-third the price that he was in the Derby.

Justify, on the other hand, looks better every time I watch the Derby replay. I don’t think there is one thing you can point to as even a potential negative, other than maybe this alleged foot issue that may or may not have cleared up. But, he is, like every other Kentucky Derby winner, trying to come back in two weeks off a tough effort. Does the lack of juvenile seasoning catch up with him here? Did that Churchill Downs surface take a toll? Can you accept 2-5 or lower? For me, the answer is no. Yeah, he’s obviously the most likely winner. You don’t need me to tell you that. But for betting purposes, you have to try to get clever.

For me, the race comes down to three key horses: Quip, Diamond King, and Lone Sailor. I don’t think either horse is in the same class as Justify or Good Magic. But it just may not matter in the Preakness. I think Quip will be the early leader, and if you can envision a scenario where Justify and Good Magic start being ridden hard at the 5/16ths pole, maybe you can see Quip kick clear and two fresh horses closing ground down the lane.

Diamond King passed on the Peter Pan on Saturday for this, and he picks up top rider Javier Castellano. I think he’s live, and he’ll be a price. And Lone Sailor just looks like one of those mediocre stakes horses like Tale of Verve who can suck up late when everyone else has stopped.

So, for the moment, that’s the half-hearted attempt to beat the big favorites in the Preakness. Play Quip to win. And box him with the other two in the exacta, using ALL in 3rd in the trifecta, and maybe getting crazy and using ALL in 3rd and 4th in the superfecta too. Just think what that super would pay with Justify and Good Magic out of the top two spots.

Of course, Justify will probably win by five.