The weekend of Derby preps may have muddied the waters as the chorus of will the real contenders please show up is growing. But not to worry. This has happened as long as the roses have bloomed. Maybe this will be the year we have a blockbuster payoff in Louisville ! You’ll want to stay tuned for every prep moving forward as value could be waiting right around the corner. – Here are some runners you’ll want to follow right back to the starting gate. They didn’t have had their best effort and this may be the angle you’ve been looking for. Best of luck from your friends at BetPTC.com !

“Jersey” Joe Bravo aboard as they exited the OBS Sprint going 6f on the AW to 7 1/2f on the turf. The son of First Defense came flying late in the lane and was hammered at the windows from a 12-1 morning line to 9-2 at post time. – He was taken up at the start and raced under a snug hold. Once turned loose he tipped off the rail and fanned 7 wide closing with a flourish.

Joel Rosario in the irons for Bill Mott and they win at a 19% clip as a team. This son of Divine Park was making the turf-dirt switch and owned two maintenance works at Palm Meadows. He was a beaten chalk last time out and offered a sweet price at 19-1 this day. This was his second off a layoff run and was three wide for 3/4 of the race. Rosario swung wide looking for a clear lane and made a solid bid down the lane finishing second. Even though this was a very good effort on dirt, my inner-horse player would not be surprised to him back on the weeds.

Irad Ortiz in from New York to ride. This was her first start in four months and the daughter of Tizway looked good on the track. She hopped at the break costing a few lengths and was forced to tap on the brakes down the backside. She made a game effort down the lane and was bested by fast closing Dream Dancing threading the needle along the rail. – Coasted may be in top order for a great 2017 racing season.

Julien Leparoux in the saddle for Chad Brown and this speedy mare by Lord of England (GER) looked to be ready to dictate the pace under red-hot Leparoux. She was bumped soundly at the start and forced to take up and check sharply down the backstretch. Dismiss this effort and follow her right back the next time she takes the track. If Leparoux stays aboard you can expect the top-notch speed rider to dictate the pace.

Joel Rosario aboard the first time starter for the Kiaran McLaughlin barn. The son of Malibu Moon was breaking from the far outside post and that is no gift. – He kicked around the far turn and made a huge late kick run to get the show-dough. He has solid breeding and the trainer does well with second time efforts. Hopefully a better post is in his future and more distance doesn’t look like a bad thing.

Brain Hernandez had the call for Ian Wilkes and this was his second start of 2017. The son of War Front saved ground along the rail and had to await a gap many times during the race. Once he tipped off at the 1/16th pole he weaved in and out making a strong late bid. 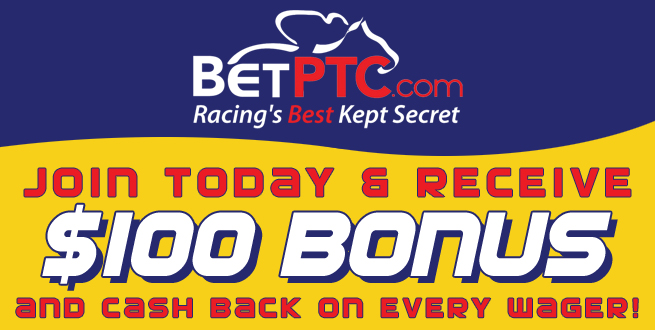 Best of luck from your friends at BetPTC.com!

Edgard Zayas had the call for Eddie Plesa and this two-year-old by Unbridled’s Song came flying late in the lane. He missed by a nose in this maiden affair and I think we’ll be hearing from him down the road.

Joe Bravo in the saddle and this daughter of Shakleford is going to mature and Churchill Downs may be in her future.  She stalked off hot fractions and dueled it out to the wire with eventual winner Perfect Wife. – Keep her on your radar for good things to come.

Made his first start at TBD in April and this was a stretch-out for added distance. He grabbed the lead and fought a valiant effort to be second best this day. He’ll be a major player in the conditional claiming ranks if not a bump higher.

Joel Rosario in the irons for Bill Mott. This first time starter was dead last for 3/4 of the race and made an impressive move going 4 wide to finish for third money. This two-year-old will only improve and get better with each start. – His last odds were handsome on the board and you may be rewarded with a sweet payday coming very soon.

Irad Ortiz in the irons for Phil Serpe as this colt was making the winning move when forced to steady at the 1/16th pole. Maybe a little more distance or a clean trip has him right in the direction of the winner’s circle next out.

Javier Castellano aboard for Chad Brown. – This beaten chalk was headstrong and tough to handle. Checked multiple times in the first 6f and never seemed to settle out. You can bet dollars to donuts the Chad Brown barn will have all the nuts and bolts tightened down next out.