Battalion Runner is a good looking son of Unbridled’s Song who is 4/4 ITM lifetime. He ran a game effort in the G2 Wood Memorial finishing second to Irish War Cry. Cuts back from 1 1/8 to a mile, and makes his first start off the layoff for Todd Pletcher. The barn wins (29%) with rested runners and a couple bullet works over the course has everything looking good. Practical Joke comes in for Chad Brown exiting the Kentucky Derby. He’s been on a brief vacation for 2 months and may not have taken to the track in Louisville. Solid stalker type who plans to come calling down the lane. Giusseppe the Great is a lightly raced colt from the barn of Nick Zito. He is 4/4 ITM this year and was picking up the pieces in the G2 Woody Stephens finishing 2nd.

New Money Honey is making her 2nd start off a two month layoff in the hands of Javier Castellano. Her last effort in the G3 Wonder Again showed good promise coming in fresh and ready. She showed a whole new dimesion grabbing the lead going wire-to-wire. Chad Brown is the trainer and comes back to score (27%) off a stakes win. She is 2/2 at Belmont, and you have to respect the barn on big race days. Beau Recall ships in from Santa Anita, and has the services of Flavien Prat who wins (21%) on the turf. She is conditoned by Simon Callaghan and looks to put away the bridesmaid dress and walk into the winner’s circle. By all accounts she looks to be sitting on a big effort. Uni is a daughter of More than Ready for Chad Brown / Irad Ortiz. She is coming over from France, and Brown wins (29%) with new runners in his barn. Sistercharlie has been a monster and her last race at Chantilly was a big effort in the Group 1 Prix de Diane.  I love the move to Chad Brown / John Velasquez , and there is not much you couldn’t like. Opening up at (5-2) and breaking from the #12 post is enough to send me looking for a better price. If she runs half of her last race she’ll be tough, but you’re not going to get the price you deserve. I’m leaning to the other Chad Brown runners who offer a better price. 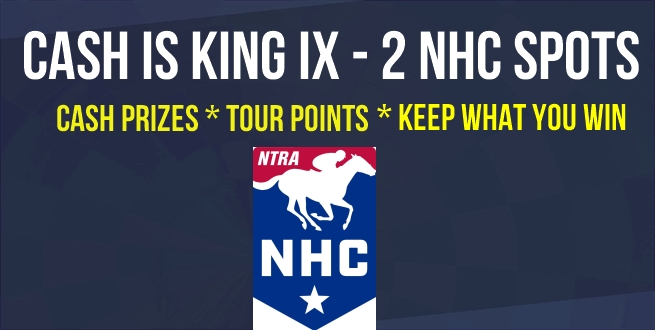 Shaman Ghost is shooting for three straight wins. This son of Ghostzapper was closing stoutly in the G3 Pimlico Special. 2/3 ITM at Belmont and gets an added 1/16th of a mile to target. He appears to be hitting his gear at the right time and is 4/5 at the distance. Follow Me Crev exits the G1 Gold Cup at Santa Anita and has faced some real tough guys along his journey. He sports a bullet work going 1:13 flat at Santa Anita and ships to New York for trainer Vladimir Cerin. Sunny Ridge is a son of Holy Bull and 2/2 ITM over the Belmont surface. Manny Franco in the irons for Jason Servis (33%) and they could get a piece of the pie stalking just off the speed.

Good Samaritan exits the G3 Pennine Ridge at Belmont. This son of Harlan’s Holiday has returned to the races stronger than ever in 2017. The distance should not be a problem and draws the golden rail winning at a rate of (29%). Bill Mott  is the trainer and Joel Rosario has been the only rider aboard. You’ll  see him working up the rail looking for his path at the 1/4 pole.  Arklow was the longshot winner who beat Good Samaritan in the G2 American Turf at Churchill Downs. Mike Smith stays aboard, and this son of Arch is 2/2 on the greensward. Smith is winning at (42%) at Belmont and the “Money Man” cometh for a very good reason. I think we’ll be hearing good things from this guy in the future. Called To The Bar ships in from France and is 4/4 ITM on the turf. He has been away from the races for 46 days and the son of Henrythenavigator. He has won at this distance for rider Maxime Guyon at Chantilly.

Racing fans around the globe are still talking about the dazzling effort put on by Mohaymen winning the Fountain of Youth. – This is one of my favorite times of year, as  every weekend from here to the Kentucky Derby has a special buzz in the air. You’ll want to watch and wager on some of the best racing action of the year, and BetPTC.com is your one-stop-shop for the road to the Kentucky Derby. – You’ll want to stay in tune for these runners when they saddle up for the races, as they are coming off a troubled trip and could offer up some great value.

#3 – Street Grey = This son of Street Cry was making a third lifetime start and led all the way from the gate break. He had been facing some of the runners on the Triple Crown trail, and was a $750,000 Ocala sales purchase. He got a little leg weary and maybe a flat mile or 7 panels may be more to his liking after finishing third. – Catch him if you can.

#4 – A Unique Lady = Samuel Bermudez was in the saddle, and his filly was “boxed in” along the rail and had little room to run. She looked very fit on the track, and once she tipped off the rail for clear sailing she flashed great late foot. – Toss in the “beaten favorite” angle and we have a runner looking for some payback next time out.

#4 – Lewis Bay = A very nice looking filly in the Davona Dale Stakes making her first start in over three months. Irad Ortiz was in Florida for the day, and had this assignment for the Chad Brown barn. – The field was tough as the (1-5) chalk Cathryn Sophia came to the races and did not disappoint. – Ortiz had his mount saving ground for most of the race, and worked off the rail shortly before the 1/4 pole and looked impressive. She accelerated nicely and was a bridesmaid on this day. – Chad Brown has a knack for getting runners to improve, and I’m looking for big things to come from this gal.

#2 – Divisidero = Edgar Prado had the call on this son of Kitten’s Joy making his first start in seven months. – “Buff” Bradley was interviewed in the paddock shortly before the race, and said his runner was “ready to roll” but may want a bit more ground. – They exited the (G-1) Belmont Derby travelling a 1 1/4, and after rolling late from the clouds any added distance will be welcome.

#2 – Niigon’s Edge = Julien Leparoux in the saddle, and his mount was making his 2nd start off the layoff shipping in from Woodbine. He has been working well in the mornings, and finished strongly up the rail. – I would look for a big race coming soon as this runner will improve greatly off this effort.