#4 Santa Monica is a daughter of Mastercraftsman (IRE) for trainer Chad Brown with Irad Ortiz in the saddle. This is her 2nd off the layoff where Brown wins 25% and is two for two ITM at the Spa. She is a stout closer and had to steady sharply last out. She regained her momentum and finished a game third. Look for a strong finish by Ortiz down the lane. #2 Fool’s Gold is a daughter of Medaglia d’ Oro for Chad Brown and Javier Castellano. She is 2 for 2 ITM at the  Spa and won the G3 Waya last out. Her solid late kick will fit in with well with the distance. Castellano wins 23% on the greensward. #1 Empress of the Nile is a daughter of Pioneer of the Nile for trainer Graham Motion and Irad Ortiz. Motion is 4 for 6 ITM the past couple weeks as she makes a 3rd off the layoff move capped with a 7 wide late rally win last out. She is 2 for 3 ITM at Saratoga and Ortiz in the irons is ultra attractive.

#7 Yoshida is a son of Heart’s Cry (JPN) for trainer Bill Mott and Joel Rosario in the driver’s seat. 2nd off shipping in from Churchill Downs and his last effort in the G1 Whitney was strong. He is 2 for 2 ITM at the Spa and runners coming through Kentucky have been doing well at the Spa. Rosario fits and Mott is dangerous every time he saddles. He won this race last year on his way to the Breeders’ Cup. #3 Vino Rosso is a son of Curlin for trainer Todd Pletcher and Johnny V. Blinkers off today and the barn wins 23% on this equipment move. They are coming off a short 25 day layoff and Pletcher has a maturing runner looking for a sharp effort. #9 Tom’s d’ Etat is a son of Smart Strike for trainer Al Stall and Irad Ortiz. He’s a horse for the course going a perfect three for three at the Spa. Ortiz should have him up close leading the train. Ortiz wins 24% with early runners and has a solid win in the Alydar Stakes.

#1 Vasilika is a daughter of Skipshot for trainer Jerry Hollendorfer. She reunites with Flavien Prat and makes her 2nd off the layoff move. She was a beaten favorite in the G2 Yellow Ribbon and stretches out to a preferred distance where she’ll stalk mid pack and pounce. #9 Elysea’s World is a daughter of Champs Elysees (GB) making her 2nd off effort for Richard Baltas. She’s a stone cold closer and the added ground should be welcome. She’ll be in high gear turning for home. #4 Toinette is a daughter of Scat Daddy for trainer Neil Drysdale and Rafael Bejarano. She is 1 for 1 at Del Mar and gets added distance. This is her 2nd start of the year and is 5 for 6 with wins on the green. She’ll be stalking the speed and make a big run around the far turn. Bejarano wins 19% with stalking type runners.

#5 Bast is a two yr old daughter of Uncle Mo for trainer Bob Baffert winning 25% with Drayden Van Dyke in the driver’s seat. They add blinkers today and that yields a 35% win clip for the barn. She was off slow last out and came flying four wide in the lane closing stoutly. The blinkers should keep her focused and stretching out in distance should be a real bonus. The rider and trainer have been five for five the past two weeks and owns a sharp work to have her ready. #7 Inspiressa hails from the barn of Peter Eurton with Joe Talamo in the irons. This daughter of Commissioner wins 33% with his firsters and she did not disappoint. She was forced out in the G2 Sorrento with 1st Lasix and second time Lasix gets a 29% win clip for the barn. She takes her game to the next level and I’m looking for a big effort. #2 Comical comes from the Doug O’Neill barn with Norberto Arroyo. 3rd off the shelf and this speedy gal should be dangerous with a new rider today. She should have a garden trip just off the leader and take over the engine down the backstretch. O’Neill wins 17% with his sprinters.

#5 Nonna Madeline is making her 3rd start for trainer Todd Pletcher with John Velasquez in the irons. Last time she was off a bit slow and still managed to finish a solid 2nd as the beaten favorite. She has four solid works under her belt and Pletcher scores 25% coming back off a beaten favorite angle. She gets added distance and this race should fit her nicely. #3 Virginia Eloise is a daughter of Curlin for the Pletcher barn. She broke her maiden at first asking and raced a little green last out while putting together a big run down the lane. Javier Castellano in the saddle and she’ll track the pace looming a major danger. #7 Chasing Yesterday is a daughter of Tapit for the Bob Baffert barn. “Money Man” Mike Smith in the saddle as she was an impressive maiden winner on July, 28th. Her works have been solid and her dam Littleprincessemma has 5 starters with 5 winners from her babies.

#9 Gunnevera comes to post for trainer Antonio Sano with Edgard Zayas in the saddle. This son of Dialed In ran into a wall in the Dubai World Cup two races back and came in off a 5 month layoff to score easily in the perfect prep. He’s had some problems in the past but looks healthy and ready for a big coming out party. He’s 2 for 2 ITM at Saratoga and makes the 2nd off the layoff move. I’m looking for a mature and ready runner to strut his stuff. #1 Yoshida is a Japanese bred runner for trainer Bill Mott. Joel Rosario in the irons and comes off a good effort at Ascot two back in the Gr1 Queen Anne. One thing for sure. Mott would not have him entered if he had any doubts about his ability. Bill Mott is 40% making the turf to dirt switch and it would be best not to count him out just yet. #10 Seeking the Soul is a son of Perfect Soul for talented trainer Dallas Stewart. He was a beaten favorite at Indiana last out and that was his last start since the Pegasus Cup in January. He’s 2 for 2 ITM at Saratoga and owns some very nice works to show readiness.

#8 Bound for Nowhere comes to post for trainer Wesley Ward with Julio Garcia in the saddle. This son of The Factor has good speed and can throttle it back when needed. His last effort at Royal Ascot was promising and should be on the lead when they make the run into the undulating turn. #1 Mr. Misunderstood is a son of Archarcharch for the Brad Cox barn. Florent Geroux aboard and these guys win at a 33% clip as a team. He’s looking to make it three straight and owns some sharp works in the morning. The rider scores 14% on the turf and Brad Cox wins 30% on the sod. #3 Camelot Kitten hails from the Mike Maker barn for Ken and Sarah Ramsey. This son of Kitten’s Joy is a closer and may relish the drop from graded company. Tyler Gafflione in town and he scores at a 19% clip on the turf.

#4 – Bricks and Mortar = Joel Rosario in the saddle for Chad Brown. This son of Giant’s Causeway is a perfect 4/4 on the turf. He won on the Spa turf in the G2 Hall of Fame and the barn comes back to score (20%) off a win. He has perfect tactical speed and his dam Beyond the Waves has 7 starters / 7 winners / and 6 turf winners to her credit. #9 – Rocketry = Jose Ortiz in the irons for James Jerkins. He is 5/6 ITM on the turf and 1/1 at the Spa. He’s been going longer and cuts back in distance from 1 3/8 – 1 1/8. Ortiz has been aboard three times with two wins and a very close third place effort. He’ll be launching a bid from the back of the pack. #2 – Yoshida = Irad Ortiz in the driver’s seat for trainer Bill Mott. 3rd time off the layoff and sports a bullet work coming into this effort. Bred to love the turf and could be the one to beat today.

#4 – Pure Silver = 2-yr-old filly by Mission Impazzible is a perfect 3/3. New York-bred has improved with each start. She circled the field impressively and drew off to win by 9 1/2 lengths. She can be ultra-dangerous on the front end. #1 – Separation of Powers = Daughter of Candy Ride for the Chad Brown barn with Jose Ortiz calling the shots. She will be close to the pace and Ortiz wins (23%) with speed types. There is a sharp work in the morning to prepare and the rail wins (23%). #5- Maya Malibu = Daughter of Malibu Moon is a stone cold closer. She circled the field to win by 6 lengths at Delaware Park last out. Graham Motion is the conditioner for Javier Castellano and she’ll come calling late in the lane. 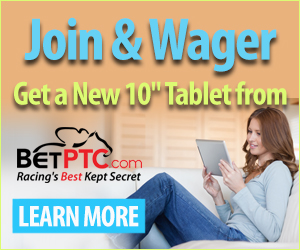 #2 – Gun Runner = Son of Candy Ride 2/2 ITM at the Spa and is the talk of the racing world. He came back from Dubai World Cup finishing 2nd and has been an impressive winner in the G1 Stephen Foster and G1 Whitney. He’s on a mission and the Breeders’ Cup is the target in the distance. He is definitely the one to fear, and if his latest efforts continue the remainder of the field will be running for 2nd money. #1 – Neolithic = Todd Pletcher and Jose Ortiz team up and bring a runner who finished 3rd in the Dubai World Cup. He is 2/3 ITM at Saratoga and is an early speed type runner.Ortiz may be one of the best speed riders in the land an excellent judge of pace. #3 – Rally Cry = Pletcher and John Velasquez come to the races and “Rally” is 1/1 at Saratoga. Impressive winner last out in the $100,000 Alydar and looks to be a perfect stalking type. Owns a solid work coming in and rider/trainer win (32%) as a team.

#4 – War Flag = Jose Ortiz aboard for Shug McGaughey and is 7/7 ITM lifetime. Since shipping in from Chantilly racing in the states has been going well. She’ll be a little closer going from 1 1/8 to 1 3/8 and with Ortiz in the irons, he’ll know how to rate and get the best from her today. #8 – Harmonize = John Velasquez for Bill Mott and they are 2/3 ITM at the Spa. Exits the G1 Diana and the class relief should be welcome. You’ll have to go back to May 2016 to see this level of competition and being a closer with the added distance may fit her well. #7 – Saranda = Daughter of Dansili for trainer Peter Schiergen. She last raced in the G1 Beverly D and the drop in class will fit her better. She’s been facing Group company in Germany and may be a factor in the late running of the race.