#3 Soothing is a daughter of Creative Cause for trainer Bob Hess. Juan Hernandez in the irons and has been winning 23% at the meet. She is a stone cold closer making her second start on synthetic shipping in from SA. Beaten chalk last out and this maiden has a sharp work coming into the race. #2 Sold It is a speedy daughter of The Factor for trainer Doug O’Neill. Rafael Bejarano in the saddle and ships up from SA making the turf to synthetic switch. Catch her if you can as she’ll come out rolling. #5 Respect My Candor has the services of Flavien Prat as she seeks her 3rd straight win. She’s been effective sprinting and gets an acid test today. Trainer Bill McLean has been 6 for 9 ITM the past two weeks.

#6 Kingly is a son of Tapit for the Bob Baffert barn. Mario Gutierrez in the saddle and they have been pointing toward bigger things. He has solid works at SA and owns a quick turn of foot with good speed. They are cutting back from 9f and should have more gas in the tank. #7  More Ice is a son of More Than Ready for trainer Jerry Hollendorfer. Rafael Bejarano in the driver’s seat and exits the G1 Santa Anita Derby making his 2nd off the layoff. He’s a closer and look for him at the top of the lane. #8 Visitant is a son of Ghostzapper for John Martin. He’s a perfect two for two and can come motoring late in the lane. If there is a solid pace he could become a major player turning for home.

#5 Wentwood is a son of Pour Moi (IRE) for Dermot Weld. He gets his first Lasix shipping in from Ireland makes his 2nd start of 2019. Weld is a very respected trainer and Juan Hernandez has been 7 for 11 the past week. Dermot Weld wins 25% with first time Lasix. #10 River Boyne comes from the Jeff Mullins with Flavien Prat in the saddle. 2nd start off the layoff and this closer owns a bullet work exiting the G1 Kilroe Mile. Prat is winning 29% on the sod and is very dangerous. #9 Souter is a son of Poet’s Voice (GB) for trainer Mark Glatt. He is 10 for 13 ITM on the grass looking for his 3rd start. Cutting back in distance and the barn wins 27% with graded stakes. 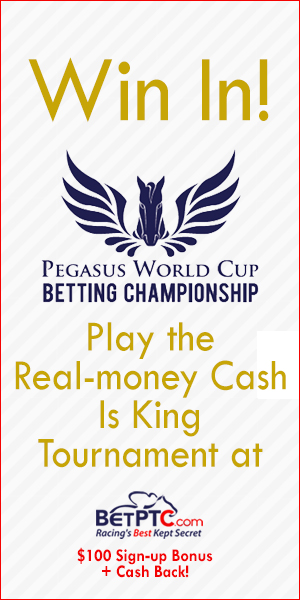 #6 Heart to Heart a son of English Channel for the Brian Lynch barn. Julien Leparoux in the irons and exits the G1 Shadwell Turf Mile. He’s been off three months and is a 21% trainer with graded stakes. Julien should have him on the front end and may be tough to catch. #5 Mr. Freeze is a son of To Honor and Serve shipping in from Parx and been away for three months. His dam Heavenly Cat has five turf winners from eight starters. Robby Albarado in the irons and they are 3 for 7 ITM the past 14 days. This is his first try on the greensward and has plenty of back class. #7 Your Only Man is a son of Creative Cause for Marcus Vitali. Irad Ortiz picks up the mount and is winning 23% on the weeds. He is stepping up in class and is 6 for 7 ITM at the distance.

#7 La Signare is a daughter of Siyouni (FR) who has 3 starters and 3 turf winners to her credit. Jose Ortiz in the irons and he picks up the mount from Joel Rosario who headed out to the west coast. Toss out her last race in the G1 Belmont Oaks and she is 2 for 2 ITM on the grass. She has been away from the races for six months. She owns some strong works at Palm Meadows and will come firing fresh for a solid barn. #1 Bellavais is a daughter of Tapit for trainer Todd Pletcher. Javier Castellano has the call and is making her second start off the layoff. She should be forwardly placed and benefit from Castellano in the driver’s seat. #3 Bombshell is a daughter of Bellamy Road. She is looking for her third straight and been off for 50 days. Arnaud Delacour is the conditioner and Luis Saez has the call winning 21% at the meet.

#4 Belvoir Bay hails from the Peter Miller who is winning 15%. The hot hand of Flavien Prat in the irons and she is  7 for 8 ITM at SA. She’s been off for three months exiting the G3 Buffalo Trace at Keeneland and was a beaten favorite. She loves the surface and been working a regular clip. #5 Selcourt is a speedy gal from the John Sadler barn. Tyler Baze has the call and been away from the races for two months shipping in from CD from the Breeders’ Cup Filly and Mare Sprint. #9 Painting Corners comes from the Peter Miller barn and has Joel Rosario in the driver’s seat. She is 6 for 7 ITM over the SA oval and been away for two months. Look for strong effort from the Miller barn as he comes in loaded.

#6 Escape Clause has Tyler Baze in the irons and is a solid stalker. She cuts back in distance from 9f and making the turf to dirt switch. The race has a little speed and deep closer. Maybe a close stalker can get the job done under the guidance of a talented reinsman. #7 K P Wildcat comes in from Zia Park and goes from a sprint to a route. Jeff Mullins is the conditioner and wins 21% with shippers. She’s been away for 52 days and Mullins wins 18% with freshened runners. #4 True Royalty comes from the John Sadler barn with Joel Rosario in the irons. She ships in from Keeneland in the G2 Raven Run. This daughter of Yes It’s True has plenty of early foot and the barn wins 18% with graded stakes.