#3 Spiced Perfection comes in 3rd off the layoff exiting the Breeders’ Cup Sprint. She takes a huge drop in class, and go back two races where she won the G2 TCA at Kee as she’ll be rolling late for the Peter Miller barn with Javier Castellano in the irons. They are winning 43% as a team and the 3rd off move yields a 23% win clip. #6 Our Super Nova is a New York bred who loves the oval going 3 for 6 ITM at AQU. She is 6 for 6 ITM at the distance and owns a red hot work going 4f in 47.1. Junior Alvarado has the call for Charlton Baker. #4 Another Broad is a daughter of Include for Todd Pletcher and Eric Cancel gets the nod. 3rd off the layoff gets a 22% win clip and 2 for 2 ITM at AQU is promising. She’ll come calling late in the lane and the cutback in distance may have her moving quickly.

#5 Alandra is a daughter of Blame for Shug McGaughey. She was a beaten favorite at KEE last out in the G1 Alcibiades and has been off for two months. She should be forwardly placed under Joel Rosario and they score 33% as a team. The rider has been hot the past week going 8 for 12 ITM. #10 Daphne Moon is a daughter of Cairo Prince for Jeremiah Engelhardt with Jose Ortiz in the saddle. She stumbled at the break in the G1 Frizette and still come on to finish 5th. She drops down in class and this closer will come rolling late under Ortiz who wins 23% with routes. #12 Lake Avenue is a daughter of Tapit and is bred to get the distance. Bill Mott is the trainer with Junior Alvarado in the irons. A tactical runner who should stalk just off the leaders. Her work at Belmont is promising and Alvarado wins 20% with early type runners.

#1 Chase Tracker is a son of Verrazano for Todd Pletcher with Javier Castellano in the saddle. This is his 3rd off effort and exits the G3 Nashua going 5 wide while closing nicely. 2nd time going a route race yields a 28% win clip for the barn. #4 Ajaaweed is a son of Curlin for Kiaran McLaughlin with Joel Rosario in the irons. He’s been off two months exiting the G1 Breeders’ Futurity at KEE and was caught five wide, He’ll be running late dropping in class with a solid morning work. #8 Alpha Sixty Six comes in for the Pletcher barn and takes off the blinkers where they win 22%. John Velasquez in the driver’s seat and this closer comes off a 2 month layoff and may enjoy the equipment change. Johnny V wins 28% with route races and drops down the class ladder. This son of Liam’s Map can pick up the leaders late in the lane and JV wins 20% with closers.

#5 Significant Form is 3rd off the layoff for Chad Brown who is winning 29% at the meet. She is 3 for 4 ITM at Belmont and got in up the shadow of the wire with John Velasquez last time out. She’s a stalker bred for the turf and Johnny V has been riding exceptionally well this meet winning 27%. #4 Capla Temptress is a daughter of Lope De Vega (IRE) for Bill Mott and Jose Lezcano. A closer who fits well and makes her first start in 49 days. Her last race in the De La Rose showed very positive signs moving forward. #2 Stella di Camelot comes in for Chad Brown and Javier Castellano. 2 for 2 ITM at Belmont and comes off a 49 day layoff. She’ll be a late mover and will hit high gear in the homestretch.

#2 True Timber is a son of Mineshaft coming to post for Kiaran McLaughlin and Joe Bravo. Takes a big drop in class and is 4 for 5 ITM over the track. Been away for 5 mo and the barn can get them ready to fire at first asking. #3 Pat on the Back enters for Jeremiah Englehardt and Dylan Davis. A speedy son of Congrats who is 10 for 10 ITM at Bel. Stepping up from New York company and gets the big acid test today. #7 – Tale of Silence goes to post for Barclay Tagg and Javier Castellano. He is 4 for 6 ITM over the track and is a closing type runner. His last race was a perfect prep and the rider switch is a positive sign. 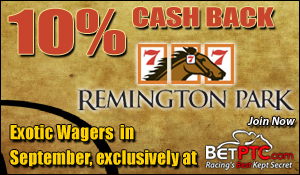 #8 Guarana is a daughter of Ghostzapper for Chad Brown and Jose Ortiz. A perfect 3 for 3 and was impressive winning the G1 Acorn and G1 CCA Oaks. She comes in freshened and a bullet work unde3r her belt to be ready. She’ll be winging on the front end if you want to catch her. #1 Serengeti Empress is a Thom Amoss trainee with Irad Ortiz in the irons. She rolls in off a 49 day break and was ultra impressive winning the Oaks earlier this year from the #13 post. Her early style should have her duking it out with the #8 from the gate break. #10 Bellafina is a daughter of Quality Road and adds blinkers once again. Simon Callaghan and Flavien Prat team up and she is a very promising runner who can upset the apple cart.

#7 Maximum Security is a speedy colt who has done little since the Derby. Jason Servis has done an excellent job bringing him ready and his A game is always on tap. Luis Saez has been the regular pilot since February and they fit like a glove. I think we’ll see him go right to the front and take it from there. If anyone pushes back, he can back off. If nobody pressures he’ll be the engine. He’s been off for two months and Servis has a couple of works under his belt over the course. #2 Improbable is the perfect stalker from the Baffert barn. He can sit back as much as needed and turn up the heat when the real running begins. Mike Smith has the call and is always feared at the windows when the big money is on the line. Should offer up a nice stretch run to be the major danger. #1 Math Wizard is a solid colt who fought the claiming ranks early in his career. He is 7 for 12 ITM lifetime and brings Edgard Zayas to launch a late bid for minor shares.

#4 She’s Trouble comes to post for Linda Rice and Irad Ortiz in the saddle. Her name is fitting as she has encountered trouble in most of her races and this daughter of Into Mischief stretches out and Rice wins 42% on the distance change. Irad will have her settled out with the added distance and have plenty of time to get into stride for the homestretch run. #7 Cartwheelin Lulu hails from the barn of Jeremiah Englehardt winning 20%. John Velasquez has the call and she broke her maiden in open company and won in hand easily at Belmont last out in a stake. An excellent rider who is 3 for 5 the past week and her dam Reprieve has 3 starters, 3 winners and a stakes winner to her credit. #9 Elegant Zip is a daughter of Run Away and Hide for trainer David Donk. She has solid early speed and the added distance should be welcome as she’ll be on the engine from the gate break.

#1 Poppy’s Destiny is a son of Orb for trainer Linda Rice. Javier Castellano is the reinsman and stretches out from 7f to a mile. Castellano wins 20% going long and looks to overcome an eventful trip last out. Going sprint to a route yields 42% winners for Linda Rice. With all of the early speed, the rail trip may work out nicely. #4 Bankit comes to post for trainer Steve Asmussen with Irad Ortiz in the saddle. He has blistering speed and will be pushed from the gate break. The one turn mile should fit his style and with a cleaner trip, he could be a handful on the front end. #3 Strive for a Cure is a son of Goldencents for trainer Dale Capuano. He is 1 for 1and has a quick turn of late foot. Stretching out from 6 1/2f to a mile combined with the early speed should have him motoring down the lane.

#5 Twisted Tom is looking for a repeat from last year in this race. This is his 3rd start of 2018 and was a beaten favorite his last two. Joe Bravo gets the call and “Jersey Joe” wins 28% with route runners. He’s been off two months and comes in fresh and ready. His works at Monmouth show promise of things to come. #8 Sea Foam is a son of Medaglia d’ Oro for Christophe Clement winning 24%. He’s a three year old facing older and gave a solid effort in the G3 Oklahoma Derby showing good early speed. Joel Rosario back in the saddle and look for a quick break from the gate. #10 Pat on the Back is a son of Congrats. He is 7 for 7 ITM at Belmont and Dylan Davis has worked out well in the saddle. His last effort in the Evan Shipman was promising moving forward. He has a perfect stalking style and should be respected at the windows.

Best of luck from your friends at BetPTC.com !

Joel Rosario in the irons for Michael Matz. 1st time lasix for this daughter of Lonhro and Matz wins 18% on this change. She showed speed her first two efforts, and rated nicely to make a bold bid in the final 1/8th. Graduation day is coming soon.

Irad Ortiz in the saddle for Chad Brown winning (24%). 2nd time start for the son of Giant’s Causeway, and his first race was against the one-eyed wonder Patch at Gulfstream. He was closing at the end and was bet heavy at the windows. He was rolling and hooked a “monster” in eventual winner The Big Fundemental winning by 8 1/2 lengths. This colt should get better with time.

Irad Ortiz in the driver’s seat and this son of Bodemeister was trying the turf for the first time. His dam Wonderously has 7 starters, 6 winners, and 3 turf winners. He made a mile late kick and finishing fourth with a very strong rider change going to post.

Jose Ortiz in the saddle for Jeremiah Englehart. Dropping in class and shipping over from Aqueduct. He came in 3/4 ITM at “Big Sandy” and was pinched back at the start. Add in being a beaten favorite this day and that 6 wide cirling move looks better and better.

Julien Leparoux in the irons Mike Maker and they came in 2nd off the layoff from Gulfstream. He was a beaten favorite this day circling the field with six wide move.

Ricardo Santana in the saddle and he shot out quickly for the lead. He opened up and shifted into the 4 path and impeaded the #1 – Syndergaard. – The #1 was ridden by John Velasquez for Todd Pletcher and he was sent off the odds-on favorite. He was impeaded and you can toss this race for him, and use Classic Cotton. 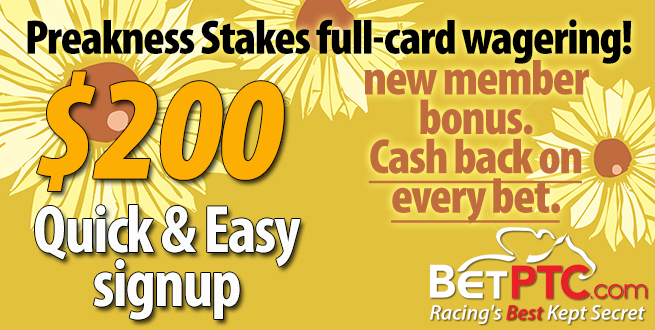