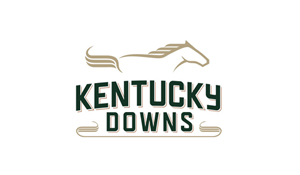 #6 Adventuring hails from the barn of Brad Cox and failed as the beaten favorite last out. Switching riders to Joel Rosario and should relish the added distance. Add in a bullet work off her last race and Rosario may have a live runner in his hands. #8 Core Values is a late runner from the barn of Victoria Oliver with Rafael Bejarano in the irons. This daughter of Honor Code is shooting to make it four in a row and can launch a strong bid turning for home in the long undulating stretch. #9 Earth Strike enters for trainer Mark Casse. Declan Carroll is in the saddle and makes her 2nd off a layoff move today and has a late kick that will enjoy the added ground. Caroll wins 11% on the turf and is bred to relish the European course by Zoffany (IRE) and Another Storm who has 11 starters, 10 winners, and 9 turf winners to her credit. She would be an excellent complement to exotic wagers.

#11 Du Jour is a late runner from the Bill Mott barn with Joel Rosario in the driver’s seat. This son of Temple City is 5 for 6 ITM on the turf and has always brought his top game every start. Look for a late run as Rosario will guide him into contention from the outside post and get a better seat to launch a late bid. He drops in class from G1 company at Saratoga, and 3rd off the layoff with an outside post to relax and find himself may be the key. #11 Last Samurai is a son of Malibu Moon for Dallas Stewart and Jon Court in the irons. The barn wins 20% off a last race win shipping in from Colonial Downs. He is stepping up in class, but his snappy late kick can have him in contention turning for home. Court is a seasoned veteran who has been riding over the undulating course for years, and when the money is on the line that can be a big factor. #8 Cellist is a speedy son of Big Blue Kitten for Rusty Arnold and Julien Leparoux. He will be the pacesetter and if allowed to dictate the pace with dawdling fractions at the half, it can be trouble for the late runners.