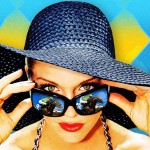 Thoroughbred racing requires us to fight an ongoing battle, a battle for survival. I am not going to point out the mistakes we made over the years. I use the word we because I am convinced we must all fight this battle to make sure our sport not only is trying to grow, but trying its best to survive. Today the battle is to garner new faces, new blood, new fans, and preferably those in the demographic of young adults. We need to do this with an old sport.

Trying to put anything old with something new has never been easy, if it was, then teenagers would love to go see old folks on their birthday and give the real old aunt a big smack on the lips. And we know that doesn’t happen.

Besides the effort of social media and all the new bells and whistles of the high tech age, the television is still a good way to place our product before prospective fans. Justice is best served our sport when the people get its full visual effect. Watching the action of the sport can be exhilarating similar to what some folks experience watching NASCAR. But like anything else, the sale is often made not with the contents of the box, but how you wrap the package.

For many horseplayers Breeders’ Cup day is one where the action takes place at home. So many of us now play via Advance Deposit Wagering (ADW) and we utilize various resources to have all the advantages of being at the track without having to go to the track.

I didn’t watch the coverage on Friday but I did tune in Saturday and paid attention the best I could. One reason I was going to watch the Saturday coverage was to try and see the presentation as if I was a novice.

All races except the Classic were viewed on the NBC Sports network. The coverage on NBC Sports was like it always is and just not too good, in my opinion.

For the most part the coverage is boring to those that do not know the sport. A novice sits there and listens to some guy talk about Beyer Speed Numbers and there is simply no way the newcomer knows what those numbers are. It’s like those of us in the know are keeping a secret. Of course, this is just an example. The bottom line is that we do not use the opportunity to recruit new players with actions and information that will make them comfortable.

But then we left NBC Sports and went to NBC for the final hour and, of course, the feature race, the Breeders’ Cup Classic. The presentation seemed to be very much different. It was far more exciting. My wife remarked that it seemed like we were watching the Academy Awards. There was a greater romance with the horse. It seemed different and I liked it. I’m sure much of the content was considered the same by some, but what I liked was the way the package was wrapped.

What I perceived to be a good move was that the Classic hour had the possibility of recruiting new players with just downright excitement and avoided running prospective players off with mystery information. Plus, we got the biggest Breeders’ Cup moment in Prime Time. I salute NBC for what I think was a different presentation. I encourage racing’s television partners to continue to work on new ideas that will attract more participants. I hope our television partners will attempt to make future broadcasts something the younger people will call “awesome” or “cool” instead of “something the old folks like.”